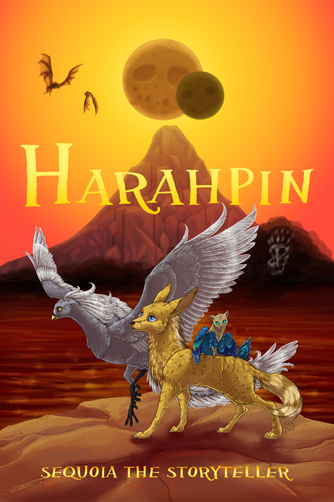 “Three creatures living on a planet rather like Heaven find themselves thrust out of their paradise and into their world’s Hellish twin, and discover that they are part of a powerful prophecy.”

Harahpin is a fantasy novel and my first published book… scroll down a bit for a longer synopsis. 🙂

You can get Harahpin as a paperback or a Kindle book on Amazon.com.

Harahpin is the first in a series called The Torian Tri-Point. See the Facebook page for the series here. Also, the second book in the series, The Pantorians, is available as well.

You may also check out an artwork ‘trailer’ for this book. Be tantalized. 😀

{WARNING} I would not recommend this book for young children… it contains some gory descriptions and frightening scenes/illustrations.

What if Heaven and Hell were planets? What if they were not merely ethereal planes but were two rocky bodies drifting out in the cosmos, orbiting a star, rotating on their axes, and generating magnetic fields? What if, instead of being destinations for spirits of the dead, they each bore biospheres of life forms much like ours, destined to live out their lives in either bliss or agony?

Eyrco, Euron, and Saphillin are three creatures who know what it’s like to live on a planet of heaven. But their planet, Pairetoria, is also paired with the hellish Untoria, and far too closely for comfort. And furry little Eyrco and her two winged friends feel drawn closer still. Drawn by dreams to the wicked world, Untoria, they are soon to find that they are part of a powerful prophecy, which for thousands of years has sung of the liberation of numerous souls lost on a planet of hell.

Three small, benign beings without so much as a fang among them against a whole planet of soul-twisting nightmares, with the balance between two estranged worlds at stake… will their small light be enough to reckon with the deepest dark? 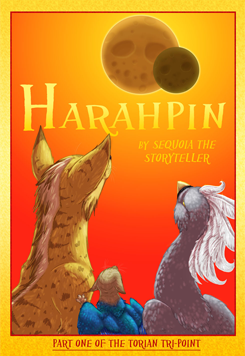 The old edition of this book is still available as a paperback on Amazon as well… click here if you prefer this edition. NOTE: The stories and illustrations in both editions are exactly the same… only the covers and the size are different.

Harahpin is © Sequoia the Storyteller. All rights reserved. 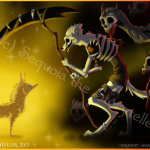 You Won’t Extinguish Me 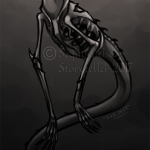 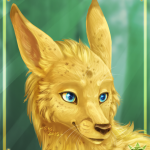 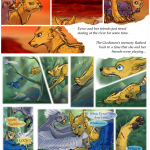 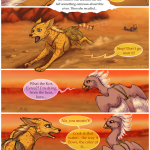