Dance ‘Till the End

Posted on 14 March, 2018 by Sequoia the Storyteller

THIS  is the result of a rather incredible chain of thoughts which began with the hearing of this song:
https://www.youtube.com/watch?v=qSrL7iGSvUg

–>Which led to this artwork:

–> Both of which somehow, inexplainably, in their combination, led to a brain-path of connection between this creature type:

^ I mean, that story concept, let’s face it, STANK. :’D It was basically Lord of the Rings with a Happy-Feet-style, Pop-music soundtrack and a dragon-girl as the main character. Definitely in my ‘B-Pile’ of story ideas, if not the ‘C-Pile’. ^^; BUT! JUST SINCE LAST SATURDAY (the 10th), after hearing that song by Omnia and internally/spiritually dancing around to it as Song-Serpent Sekoiya for a little while, THIS IDEA HAS BEEN TOTALLY TRANSFORMED and now could actually really be something good! All this in the space of a few days. Since hearing a song. Which was released just a few days ago. xD

It pretty much started with turning Piper into a Song Serpent (a creature which previously had no story or world associated with it at all). She was always musical and it wasn’t too big of a stretch. Obviously her instrumental affiliation as a Serpent is a flute (and I think her Minor nature-power is moss or something, not fully sure yet though). The hair, though… I dunno, I didn’t think Song Serpents could have hair, but Piper just looked so naked without hers, eep. x’P Perhaps it’s a wig! 😀 (No seriously, it really could be. >u> )

That was only the first major transformation though. The story itself has been COMPLETELY reworked. Now no longer a LotR ripoff, only with the tiniest, subtlest nods at LotR you mightn’t even catch. I just can’t believe how out-of-nowhere this came, and how FAST out of nowhere it came! 😀 😀 😀 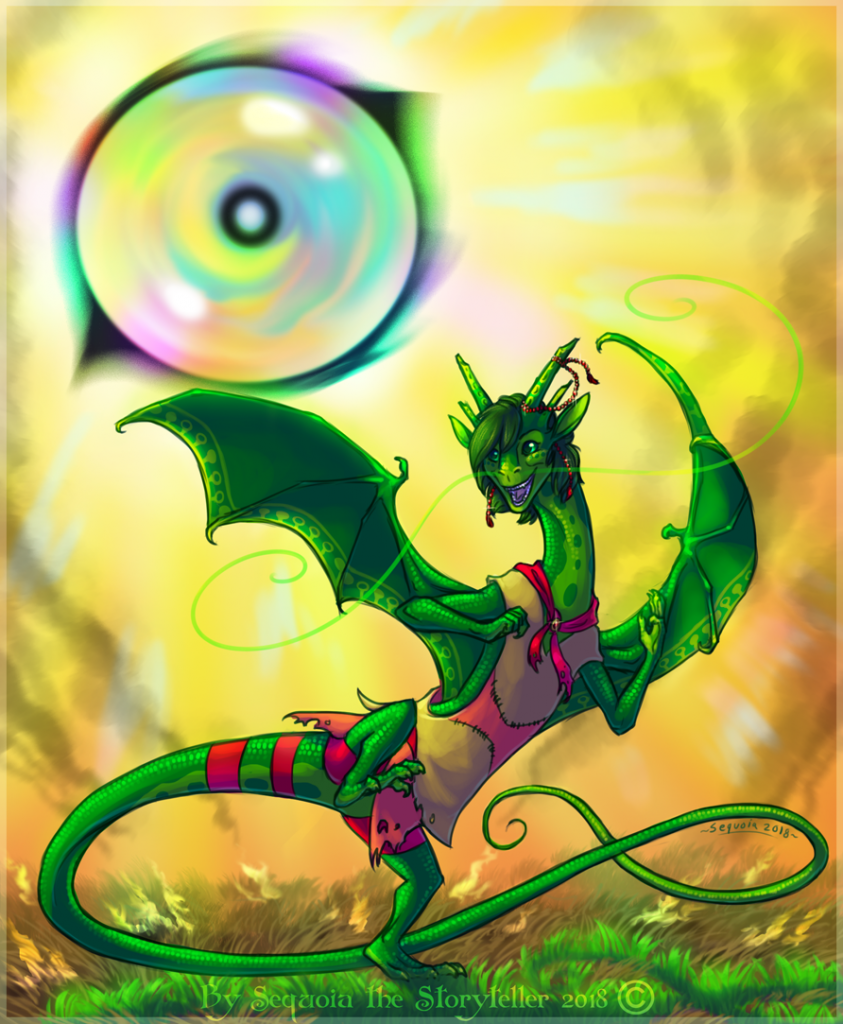 Dance ‘Till the End