Posted on 15 December, 2017 by Sequoia the Storyteller

Since I’ve been logged out for a year, you can imagine there’s a sizeable buildup of art that has neglected to be posted up until now. ^^; So far I’ve added the following to the Art Gallery, and I’m going to be back with YET MORE later. :’D 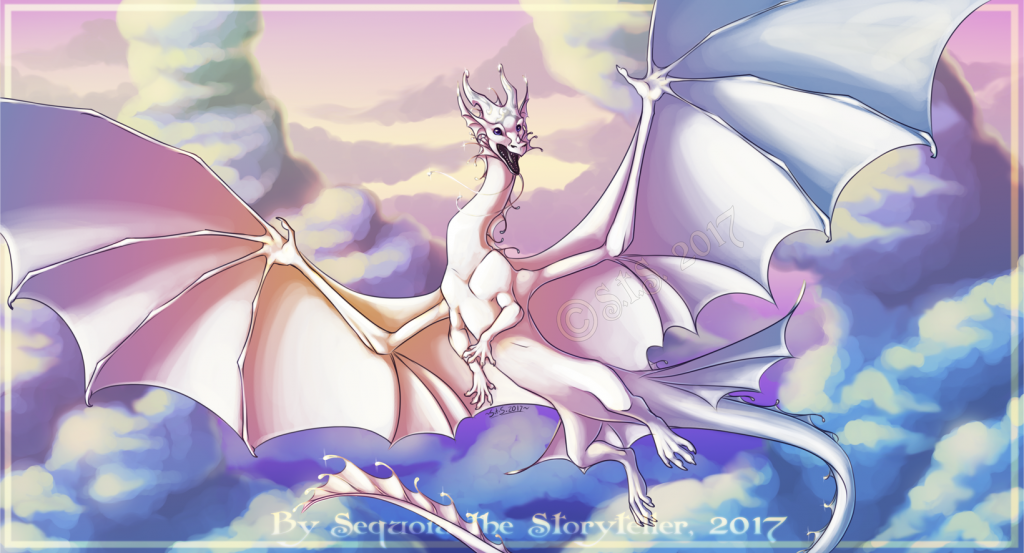 ^ This is just a doodle of a happy Sekoiya in a multicolored cotton-candy-like sky. 😀 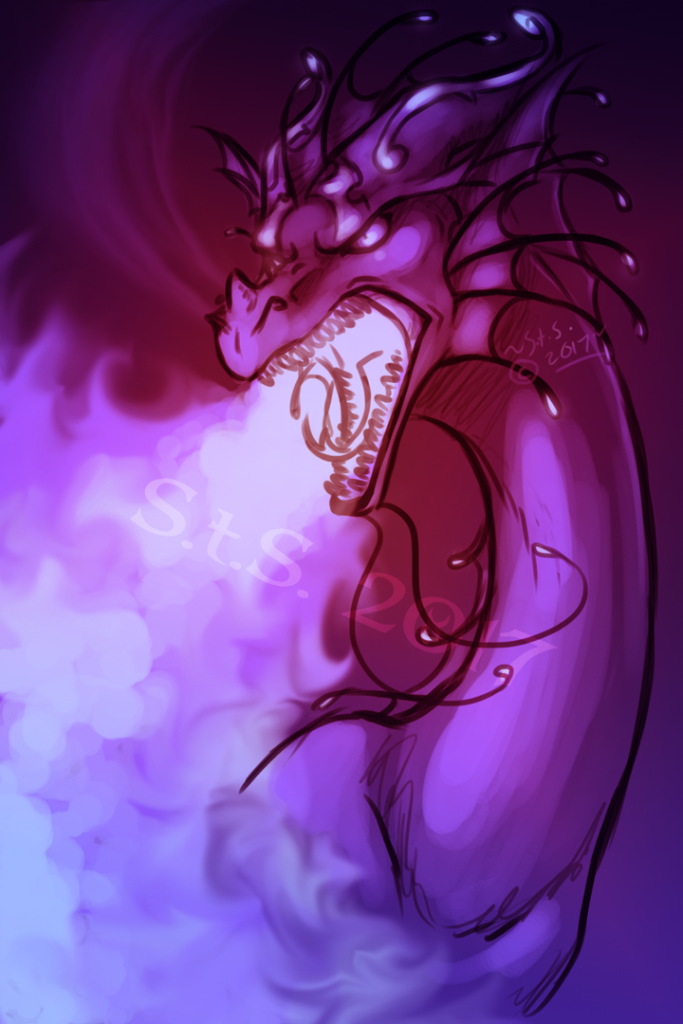 ^A considerably LESS happy Sekoiya. D: This was a vent art; that’s why. ^^; 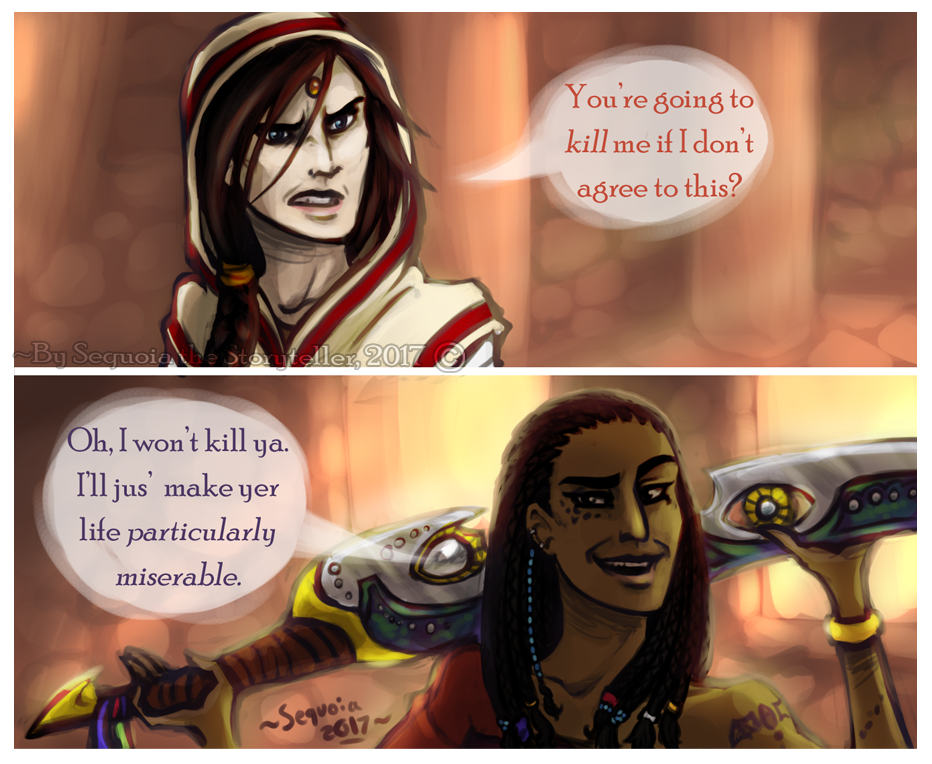 ^ I had a hankering to doodle a fragment of a Dreaming Esmeralda scene in comic form, and this is what came out. 😀 This one also comes with a rather hilarious bonus. x’D 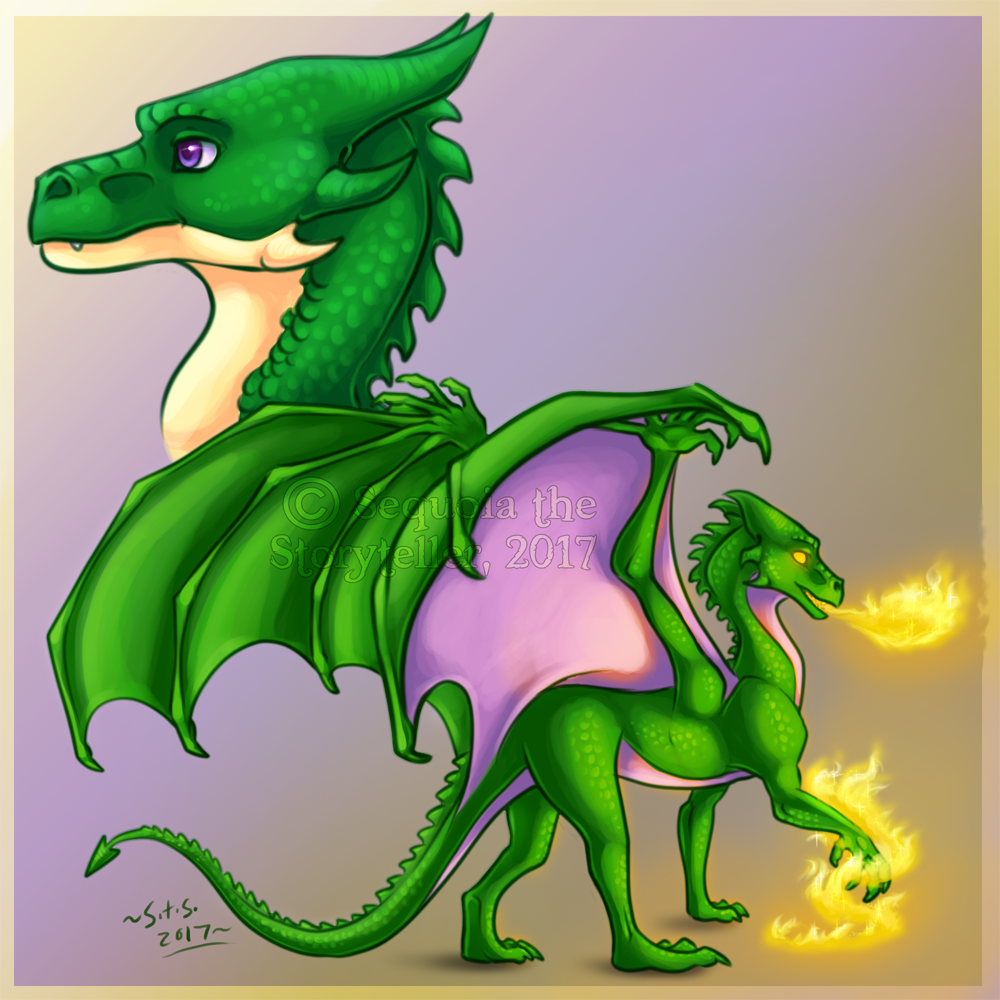 ^ A concept art for Accidental Elemental. 🙂 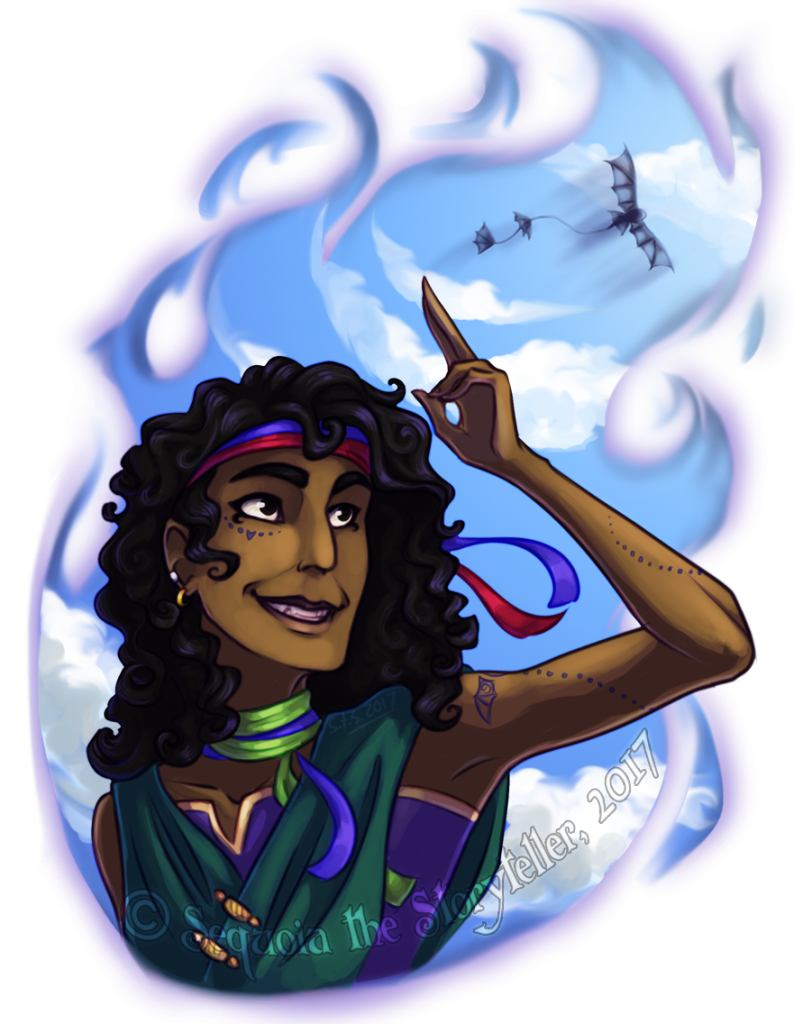 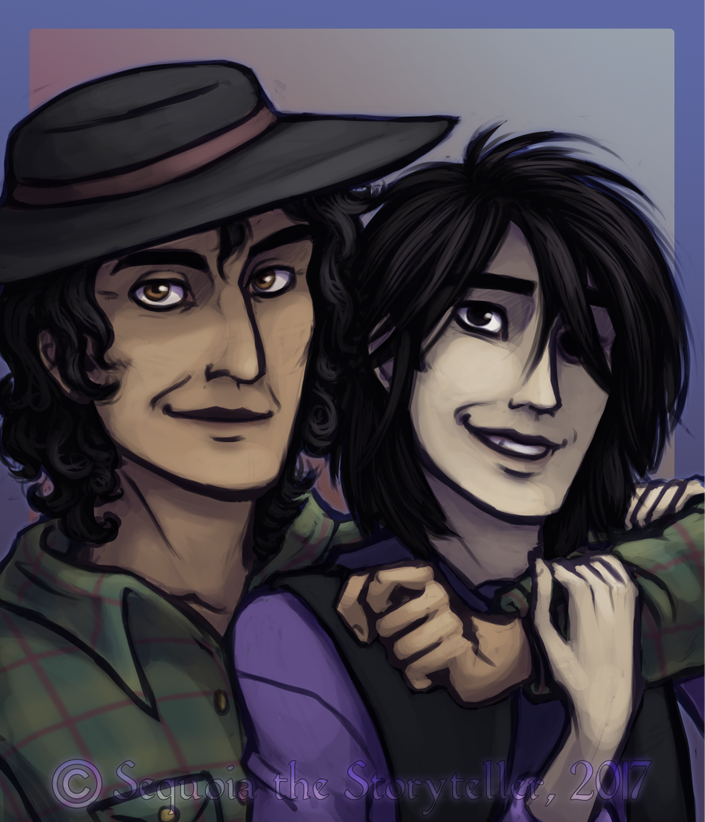 ^ As the title indicates, a redesign of Dreaming Esmeralda’s Oberon. Before he had a more western-dragon build, now he’s a noodle. 😀 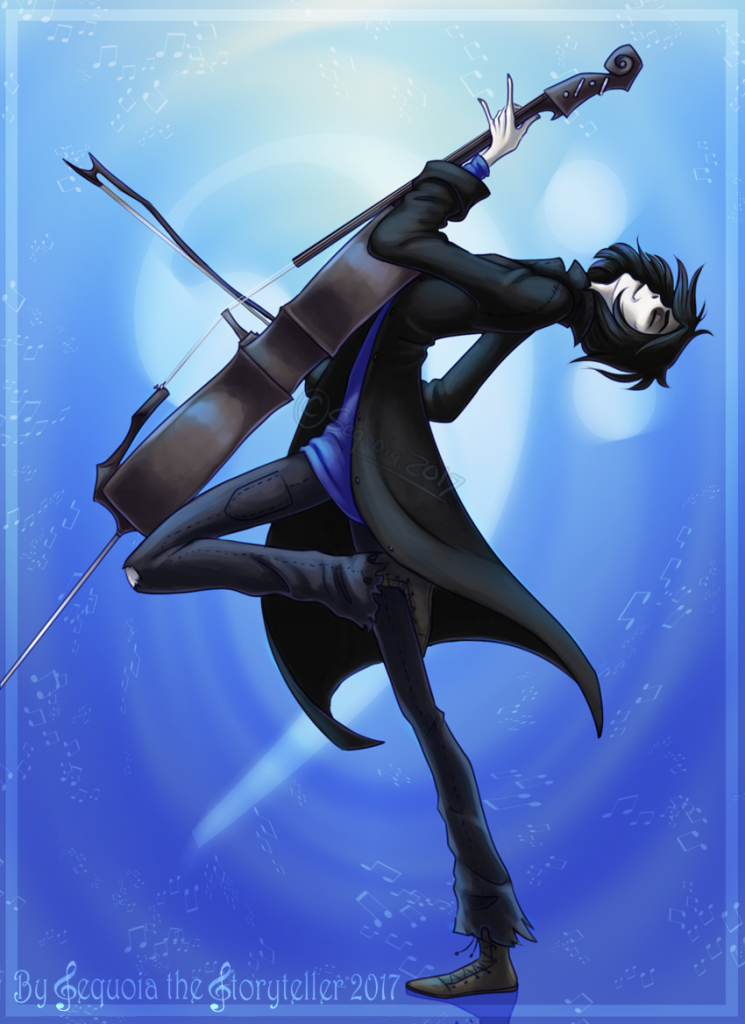 Awesomest Cello-Pose Ever in Existence

^ The title really says it all, honestly. xD I wish I could HEAR this one!! 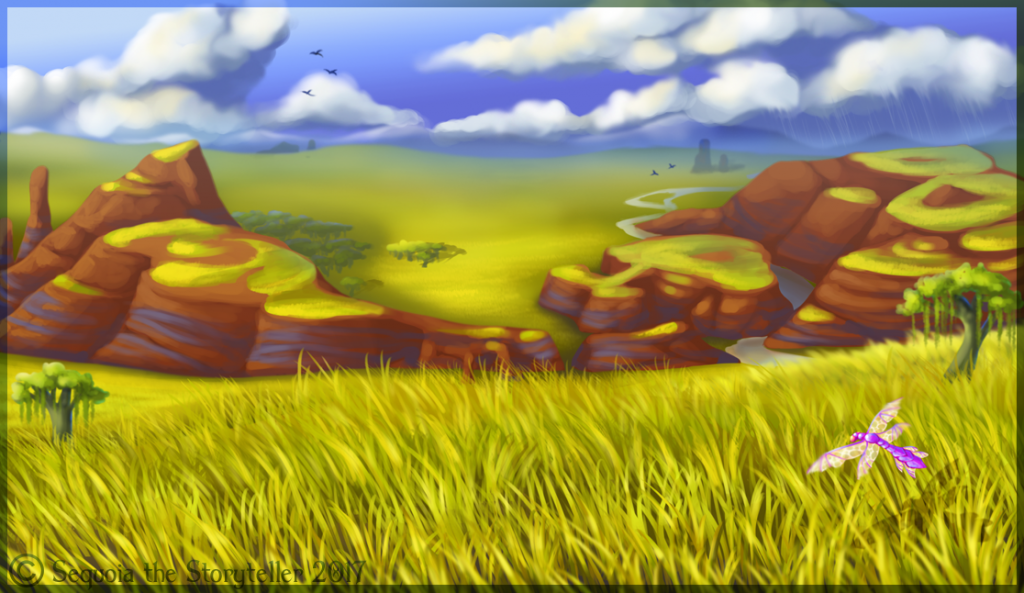 ^ This was a backdrop I made for the Yowler and Draggin comic (you’ll recognize it in the banner I’m sure. xP )

…So yeah! Been up to a lot this year. And there’s more where this came from! xD