Posted on 11 December, 2018 by Sequoia the Storyteller

(I put this on deviantArt several days ago, but I guess I got so caught up in preparing for my algebra final that I forgot to also put it here. D: Oh well, here it is now. xD) 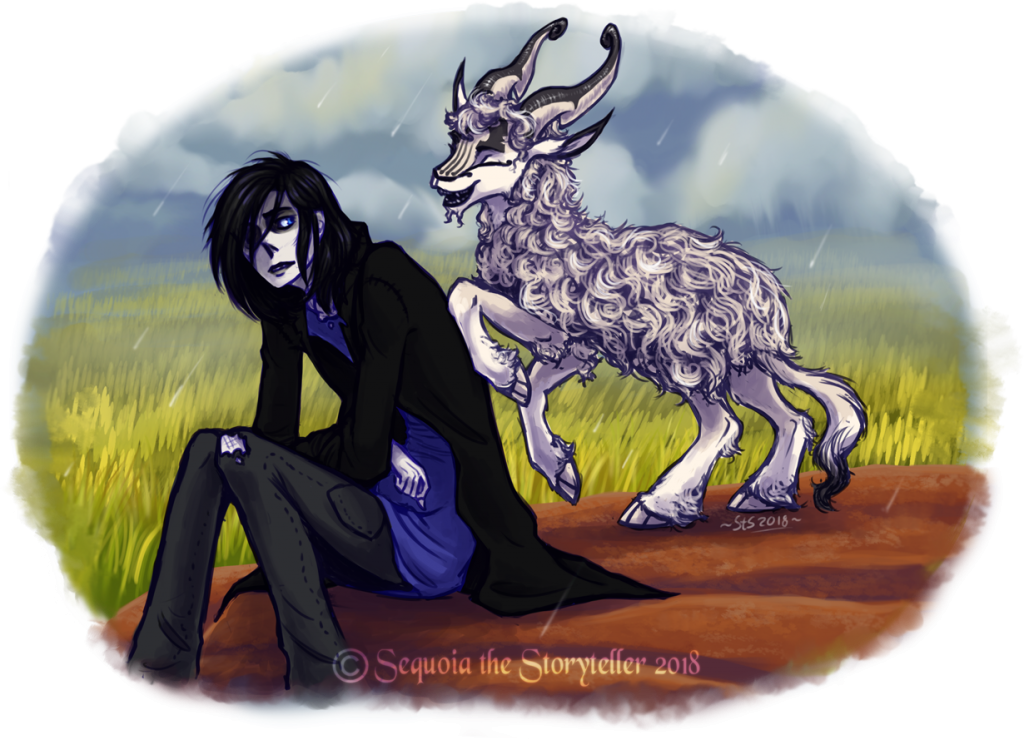 ~,,o <( Reasonably, yes. But I know ruddy well that’s not what you are. I’m not about to entertain you by going all shiny-eyed like a ninny and saying: (hands upon cheeks; speaks in a high-pitched breathless tone) OH, me oh my, what is this ODD little TAPPER?? I’ve never SEEN such a thing! My simple Esmeraldian brain cannot possibly think past the world I hail from, so a Tapper it MUST be!

Me: <( (Hearty, slightly-bleating laugh) I LOVE how smart you are. Will you marry me?

~,,o <( You know, Tappers don’t have vocal chords, Story. If you want to be one, you might try out that nifty little feature.

Me: <( Hah! I don’t think so… I have NO idea how long this form will stick around, so I’m going to enjoy it to its fullest! B-AAA-AH-AH!!

😀 😀 😀 Shortly after my Goat-‘Koiya revelation, this li’l dialogue happened between me and Masky, and even then I KNEW I would have to doodle it out. It took me a while due to illustration projects overtaking my drawing hand, but now I’ve finally gotten to it!

So yes, ‘Koiya’s Goat-Mode is still going on, and it’s been quite fun feeling so goaty! ^w^ I considered that Goat-‘Koiya’s face looked just slightly too ‘horsey’ in the first doodle of her… I think goats tend to have a bit more ‘swoop’ in their snoots, rather than an arrow-straight snout. So I gave Sekoiya some ‘swoop’. :’D