Cuffi the Dragon and the Darkening Day

This is a video game idea of mine which is quite a bit more simple than say, Tails From Wanderer, and could potentially be made by a team of only a few people. It also stars a dragon, but a more cartoony one, who goes by the name of Cuffi (and this is not the only incarnation of Cuffi who will ever appear in my stories! *Cough* More on this later. 😉 ).

Anyway, Cuffi the Dragon, in my brain, is a colorful, whimsical 3d-platformer, and the graphics need NOT be super-fancy. I’ve already got some characters drawn for this, a story, and some of the levels and worlds planned out and drawn, etc. I’d like to make this game as a sort of ‘practice’ working with a team and such, as it’s more simplistic than most of my game ideas. I need some people to work with, though, as well as a budget…

I’ll come back with more on this one later.

Cuffi the Dragon and the Darkening Day is © Sequoia the Storyteller. All rights reserved. 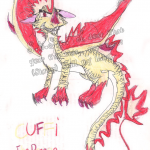 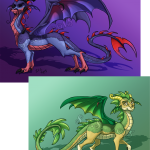 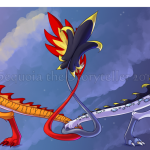 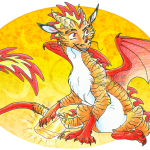